I was disappointed to have my release pipeline fail on me yesterday. From my brief googling I believe the issue is that there are limits on the build agents, possibly just the size of the temporary directory as the failure occurred when extracting NuGet packages.

I temporarily disabled my tests and left my flat in Edinburgh with the build still in progress. I got on a train to Dundee for InGAME Insights #1: AI for Writers, opened my laptop and found that the Windows and Mac builds completed successfully. Hurrah! Next I merged the release branch into the cloud branch to have AWS update the service… and ten minutes later version 0.7 of the service is up and running. A quick test from my Mac over my phone’s personal hotspot reveals a bug; the Mac can’t get the user’s location… not sure if that’s because I’m on a train, something for the backlog. Luckily I added a “Continue Cloud Game” feature that allows me to connect to the last cloud game and hey Dwerg Saga on a train over a hotspot! 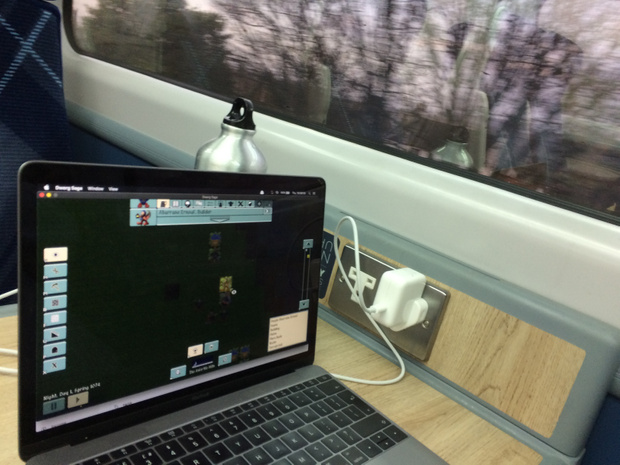