To give Frans a better idea of the sounds to make for the user-interface, I’ve gone back to the button and panel designs. A few weeks ago I attempted a button design that was mechanical and magical in appearance with blue gems lighting at the corners and little catches moving. I liked the design but the colour didn’t work with either white or black text and all the detail of the catches took up too much space. Now I’m experimenting with Celtic knots to decorate around buttons and a stone-like appearance for panel backgrounds. The conflicts here are blandness vs text readability vs identifiably stone. I’m happy with the panel backgrounds, metallic buttons and Celtic knot decorations. I’ve made stone buttons for the tools as an experiment. At the moment there are many sizes of buttons and there will be more sizes in the future, I’m using nine-patch textures and stretching the middle pixels. This allows for variable-sized buttons but limits how good the buttons look. Once the game is more complete I can look at limiting buttons to a set of sizes and make better textures.

Here’s a screenshot showing the metallic buttons and the experimental stone tool buttons: 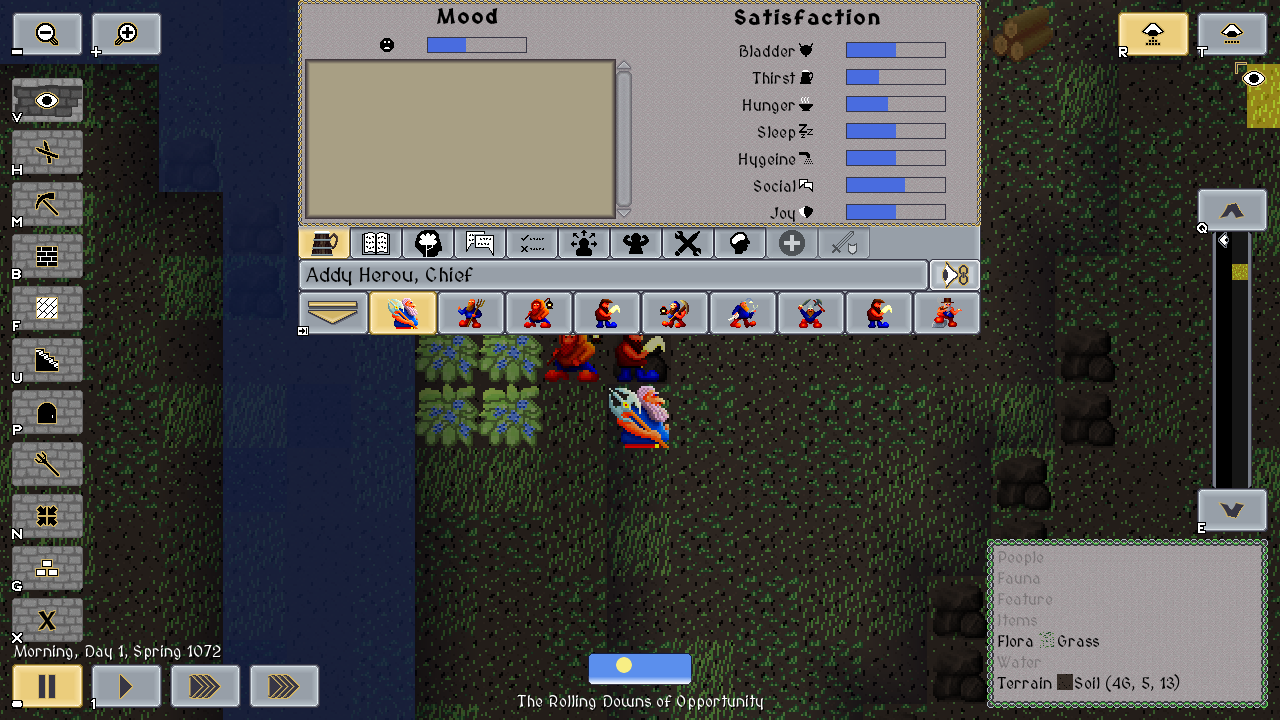 Here’s the title screen with the new background and buttons: 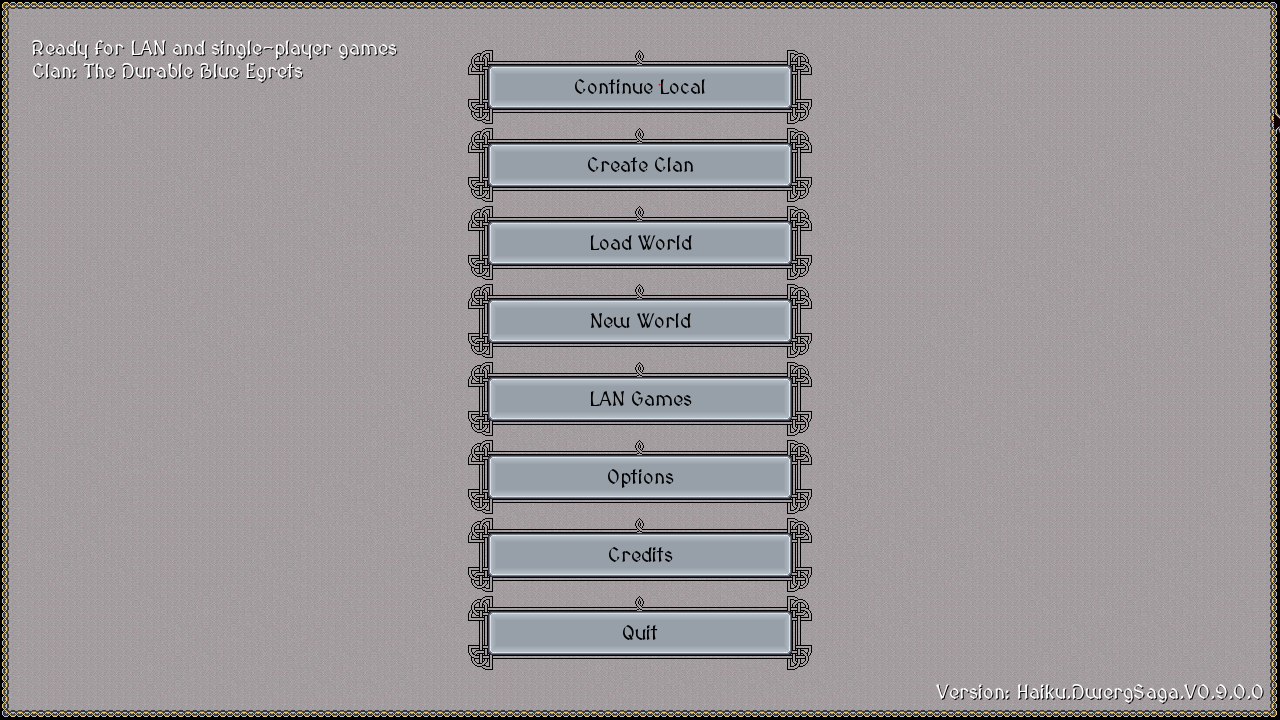 The tutorial now explicitly sets out an area for you to mine. The howl of the Dire Wolves gives motivation and sends a shiver down the spine! That’s as far as the tutorial goes right now but I have the rest of the work planned out and hope to get it finished in the next couple of weeks.

Frans has been busy composing music and making ambiences for each of the seasons and the day/night cycle. Some of the music tracks are in-game and in the works are a combat track, the beginning of a lively autumn track and a longer spring/summer track. Today Frans ventured outside to capture some real-live birds and wind in the trees for the ambiences. In game we have door sounds for locking and unlocking doors and the ululating howl of a lone Dire Wolf.

In the coming week I’ll be spawning Dire Wolves and having them eat your Dwergs while Frans makes them sound terrifying.