Back in week 16 I had a 4-month retrospective. Here’s how I’ve progressed on the actions I gave myself.

Action: No more cloud development until the game is fun to play. So far so good.

Action: Try slowly reducing the amount of time I sleep and make up for it with short meditation sessions during the day. This was disastrous. Reducing the amount of time I slept reduced my ability to fix hard problems and my willingness to attempt them. I ended up sleeping in a lot and not feeling good. I did not try the meditations. I now have my bedtime timer set for nine hours a night and read for at least 30 minutes each evening. This is working much better.

Action: Investigate getting the app on the Windows and Mac stores. The Windows store requires the app to be a UWP app and I’ve just killed that version. The motivation was to get new releases to users as simply as possible. I’d rather the app just did this itself. New action: Have the app update itself.

Action: More pro-active social media and taking greater interest in what others are doing. My social media activity has taken a nosedive. I find reading social media without contributing depressing. New action: Only go on social media when I have something worth sharing. Aim for a weekly screenshot Saturday post. Adopt a positive frame of mind and attempt to give constructive feedback where appropriate.

Action: Have one place for the build version and make a script that updates all the necessary files. I haven’t attempted this since it involves hacking a number of different file formats and therefore likely to be fragile.

This week started with fixing a crash bug that Frans found. Another advantage of the Windows installer is that crash dumps are now saved in a user’s home folder under AppData\Local\CrashDumps. Thursday through Monday I worked on spawning the dire wolves, a simple behaviour to attack agents and basic combat. Frans continued with an epic music track, sound effects for the dire wolves and Dwerg-speech. 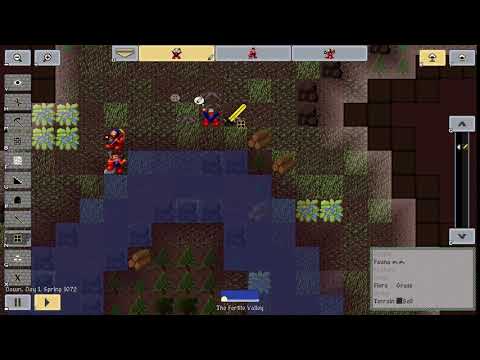 On Tuesday I hooked up the Dwerg-speech to the conversation system and now you can here the little guys burbling away to each other. Conversations can sound a little repetitive so I’m going to do a bit more work on them today and then continue with the tutorial. 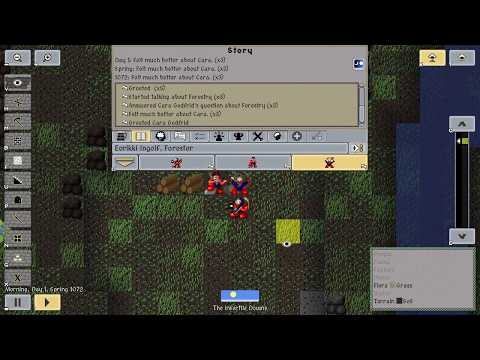 Frans is going to be adding need and combat sound-effects for the Dwergs, recording some rain ambience and writing yet more music.

Process-wise we are continuing with daily stand-ups, planning on Mondays and retrospectives on Fridays. We’ve dropped doing planning poker and focused instead on making our tasks as small as possible.