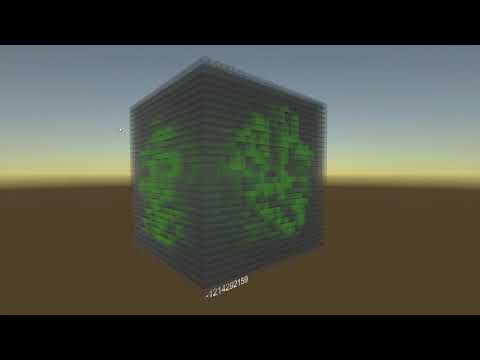 The job-system refactor took most of this week but is largely complete with only the stockpiles still doing their own special behaviour. I will have another look at incorporating stockpiles once farming is done. Farms now create planting jobs in spring and harvesting jobs in autumn. The next step is to extend the second tutorial on food to provide some seeds and cover farming.

Over the weekend I did a bit more work on my flex-box implementation. I have a theory that it can all be done with an initial position and a transform that positions a child and provides a reference position for the next child. This looks valid for content-justification, item-alignment and flex-direction. We’ll see how that pans out when I add more properties.

Back in February I made a few sprite animations. One of those I was particularly fond of was the ‘King’ character.

Even two-frame animations add character; the shoulder shift gives an impression of muscle, the swish of his cloak shows he means business. As in this case, you can often achieve it by simply flipping on the horizontal. I attempted to improve this with some colour and additional frames but I feel like it’s lost something.

An idea that’s been fizzing in the back of my mind for a while now is cellular automata and Conway’s Game of Life. I thought it would be fun to extend it to 3D and see what happened, you can see the result in the video. I’m not sure how this might be used in Dwerg Saga but I like the idea of a magic system based on it where players gain immediate benefit but there may be long-term unpredictable consequences.

On Monday I slipped on my Ring of Infinite Retries and set forth to do battle with the build pipeline. Installing a local agent did not prove useful as there are a number of Azure commands (selecting Xamarin SDK, .NET Core version) that don’t work on it. I had two problems to solve with the Mac builds:

It’s all working now and I added pipelines to produce dedicated servers to boot. Not being able to run the pipeline locally is a pain and the next time it breaks I’ll investigate another way of doing this, probably Docker.

Frans has been working away on night-time arrangements of the music. He’s happy with the autumn and summer tracks, mostly finished with the winter track but the spring track is a bit more tricky. For the next week I’ll be extending the second tutorial to cover farming, refactoring plants and selecting materials for building.