On Monday I pick rosehips and make a litre of rosehip syrup. I’ve started making my own bread and apparently vitamin C helps the yeast. Using a vitamin-C tablet just felt wrong and rosehip syrup tastes like roses smell.

The Medieval font I’ve been using isn’t legible enough, for example ‘i’ and ‘l’ are commonly misread. After changing the font to Spectral, I update the UI to fit. This takes me through to Wednesday. 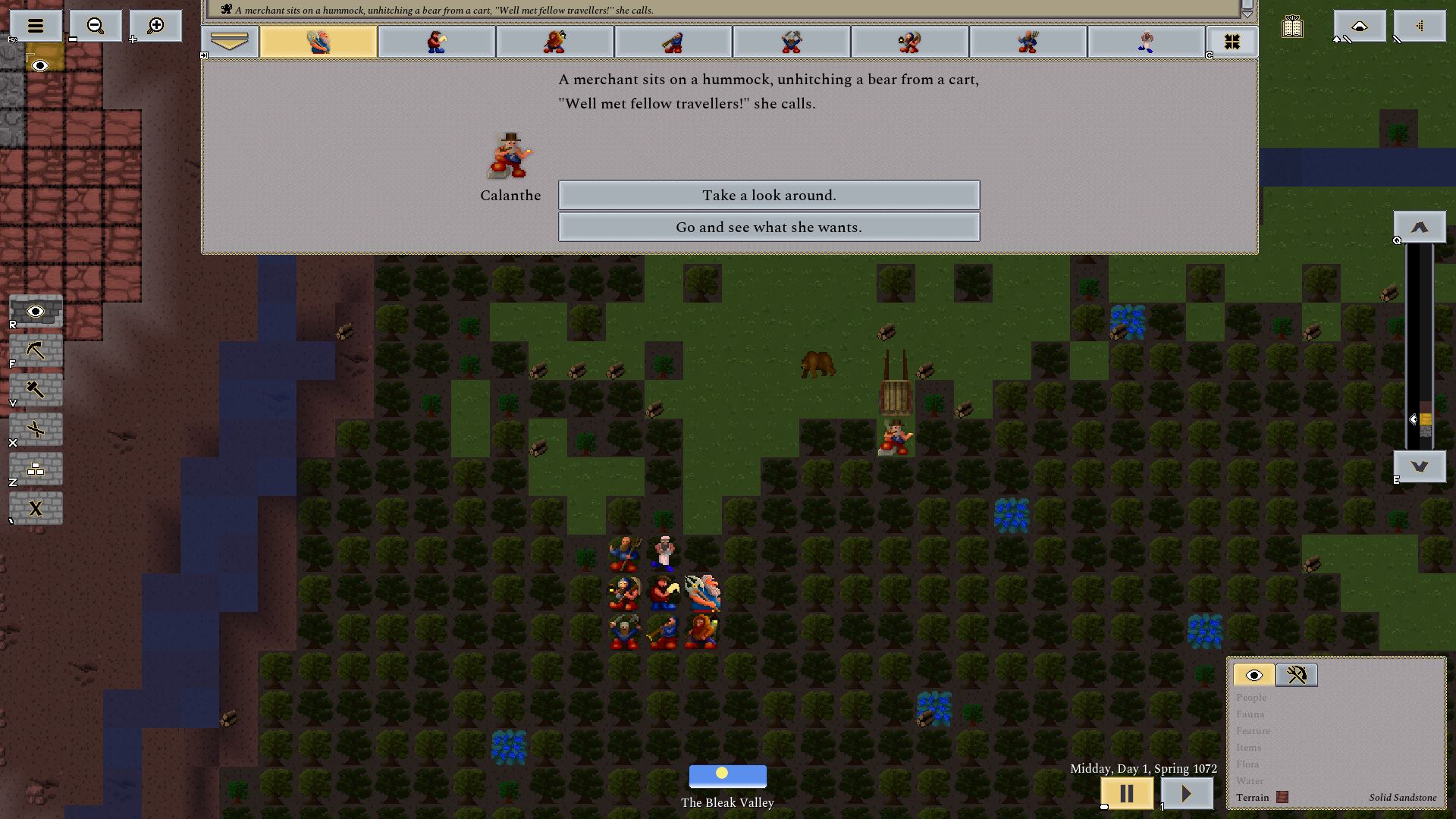 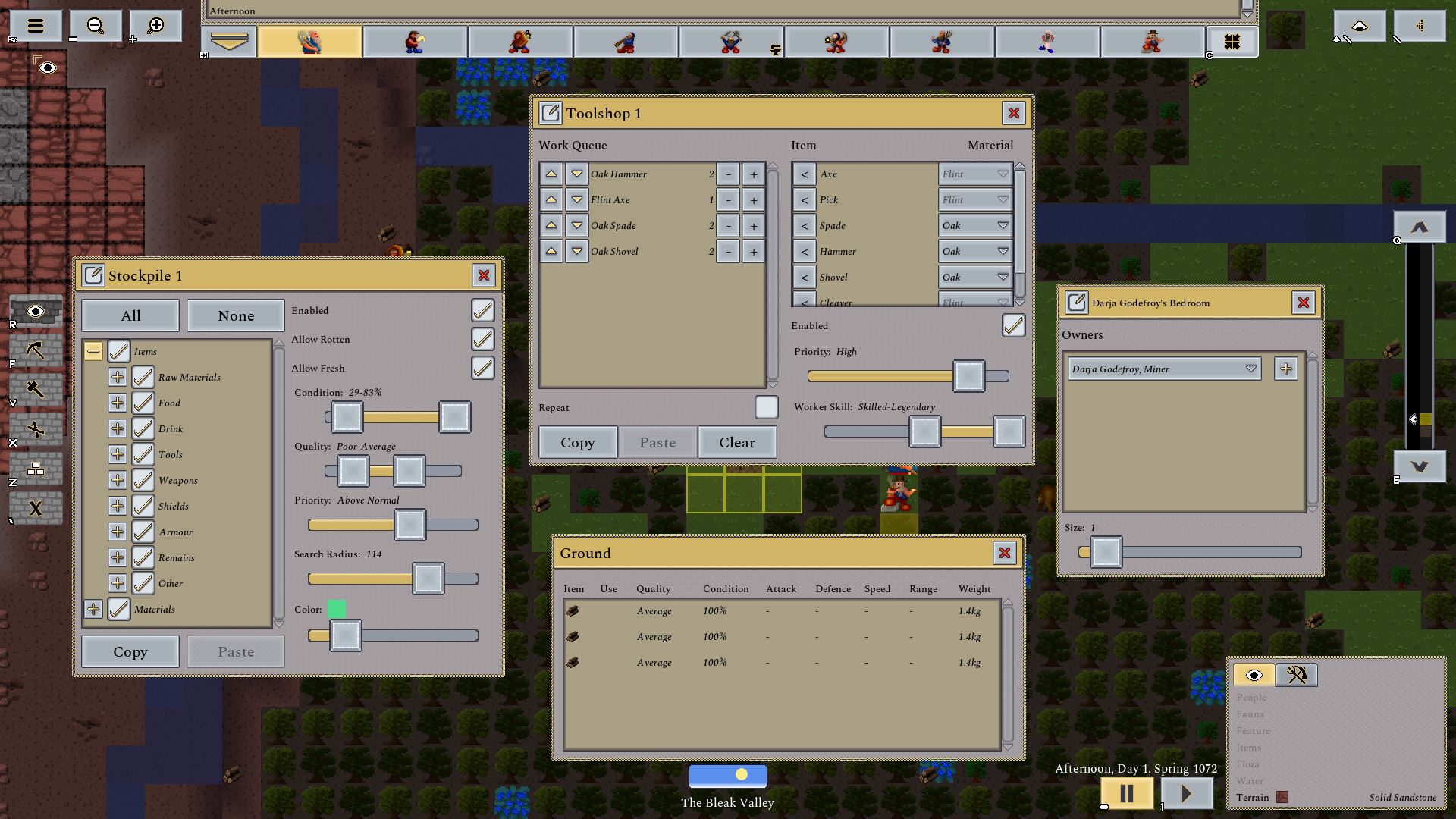 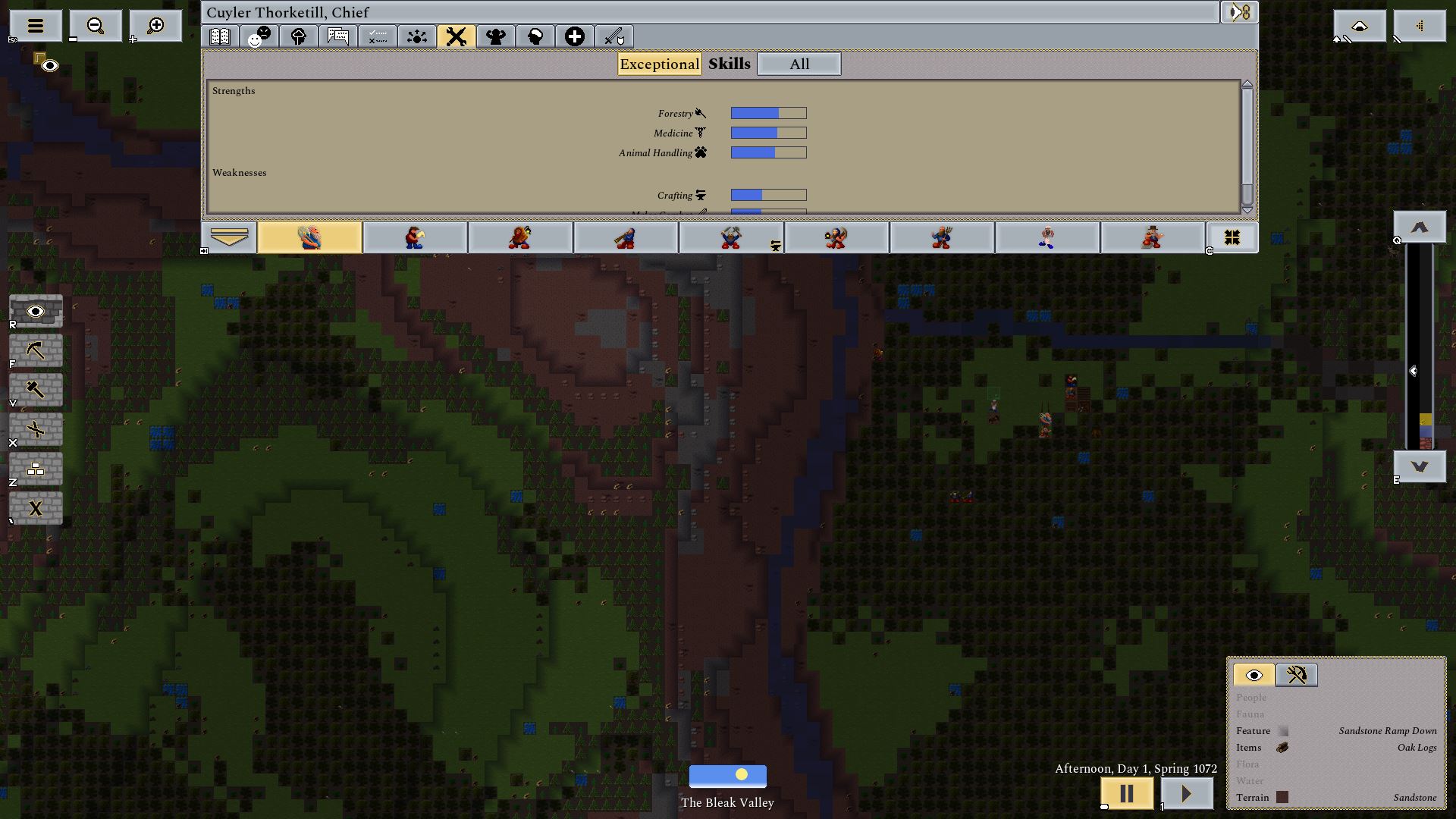 I have a list of over 300 personality facets that need to have some effect on gameplay. I’m about half-way through just writing what the effects are and listing additional features and systems the game will need to support them. There are 55 new tasks ranging from epic-length features like Beliefs, Theory of Mind and Emotions to simpler things like over-eating. All this work comes under “Personalities noticeably affect gameplay” but most of the effects occur in conversations between Dwergs which the player will only find if they dig into a Dwerg’s story. There’s a conflict between making a game for the player and making a simulation from which emerges a game for the player. With recent releases I’ve been focussing on the former and I’d like to spend more time on the latter.

After playtesting on Friday evening, and since I am probably starting some contract work in November for six months, I decide to make a release toward the end of October focussing on balancing, quality-of-life and increasing difficulty over time.​